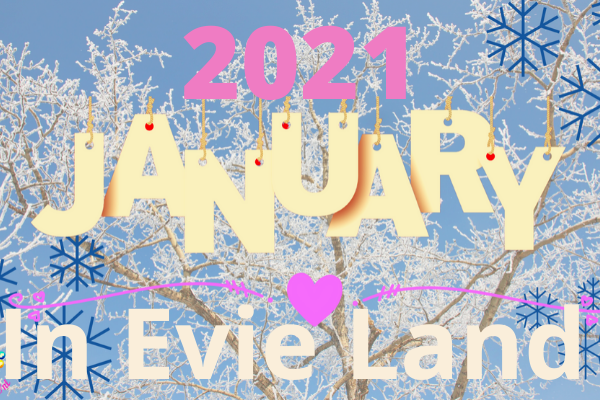 January 2021 is officially the thirteenth month of 2020. We’re still in lockdown, my daughter’s school is shut, the weather’s shit and Christmas is over. Not that Christmas 2020 was all that whoop-de-doo. As good global citizens, we didn’t see anyone, didn’t do anything, and my husband had Norovirus which meant I ate all the food.

And then, as if we all haven’t suffered enough, sure as eggs is eggs, we’re exhorted to spend the coldest and darkest month of the year abstaining from alcohol, giving ourselves an injury doing ‘PE with Joe’, and eating rabbit food, flown in from the very foreign climes we’re no longer allowed to visit.

Instead, for me, January 2021 has been positive, explosive, creative and incredible. During this month I wrote fifty-nine thousand words to finish the first draft of book three. Yep, 59,000 words. Even I can’t wrap my head around that. I also finished the final edits of book two and sent it to my editor for a copy edit, wrote a blog about beta readers for her website, wrote a synopsis of book one, and did my first ever submission.

Wowsers… On the flip side, I am now crippled with pain down the right side of my neck and into my right shoulder, am delirious through lack of sleep, and NASA accidentally sent a probe to my thighs, thinking my cellulite was a new lunar landscape to explore. But hey! I finished the first draft of book three!

So, let’s back up a bit and fill you lovely people in on what happened (or didn’t happen) last year.

This time last year, I was full of expectation and excitement. Highland Games and Hollywood Games were continuing their painful and messy divorce but I was hopeful that everything could be settled amicably by the summer, so I could get them out into the world. Then, in March… Well, you know. I have promised myself that I wouldn’t drop the C bomb in this blog, so if you don’t know what I’m talking about, I envy your peace and equanimity, and wish I lived with you under your rock on your deserted tropical island.

Things for me in 2020 went tits up. It was meant to be the year that I finally earned enough to finance the production of the first two books. Instead, my diving business collapsed overnight and I had to work out how to save it, and still keep paying my assistants with zero income and almost no help from the government. It was… challenging. On top of everything else, I was cut off from my friends and family, and had to attend (non C-19 related) funerals via web links which was heartbreaking. My anxiety went through the roof, my income was almost zero, and my sleep was fucked. Luckily my husband still had a job and so this is what kept us going. He’s also more chill than the Dalai Lama, so there was only one headcase in the house (c’est moi).

In terms of my writing, everything got dropped. Editing book two, planning the launch, starting book three, blog posts, social media, the whole kit and kaboodle got put into the cryo chamber. It got to the point where I didn’t even know if I would ever pick it up again. My confidence was in the toilet. Luckily, the one friend who got me to write and finish Highland/Hollywood Games back in 2019 was there for me, demanding to know when I was going to write more and cheer her up. I also had inspiration from my author BFFs who were publishing their own books and asking what the arse had happened to mine.

The diving season ‘officially’ ended in mid-October, but the admin is a year-long affair, and I found it difficult to switch my head from diving back to writing. Book three was meant to be Musical Games, the story of Sam and Jamie. But before I started this, I planned to write a quick novella about Charlie and Valentina, two characters we meet in Hollywood Games. I started thinking of ideas at the beginning of November, but it soon became apparent that I don’t do short. I spoke to Aimee, my editor, and she said to write it as a full length book so I started to plan. The biggest issue I had with the writing of Highland/Hollywood Games was that I pantsed it. I sat down and started writing, then finished four months later with nearly two hundred thousand words that took a year and a half to fix. There was no way I wanted to do that again, so I tried to plan the structure and chapters in advance.

UGH. It was like pulling teeth. I’ve always struggled with the second half of each book, particularly Act 3, and my cunning plan was going nowhere fast. Julia Jarrett gave me a stern talking to and told me to ‘just write the darn thing’ (she’s Canadian btw). So I did, and completed the first chapter on the 20th November 2020. Straight off the blocks I loved what I was writing. It was funny, it was sexy, it had heart. I finished the first act on the 4th of December and was flying high. I sent it to Margaret Amatt, and when she messaged me back, I crashed back down to earth in a blazing fireball of doom. Apparently I had missed the memo from the PC police, and had written something that might cause offence. I was absolutely sideswiped. I may swear like a sailor, but I’m a soft-hearted hippy through and through. The idea that I might inadvertently cause offence, past the level of ‘good grief, Marjorie! What a foul mouth that woman has’, was devastating. I stopped writing and didn’t start again for another twenty-four days.

My editor was really supportive during this time of paralysis and told me to just write and she would fix any issues, but it was easier said than done. My brain had frozen with shock. I felt like I would rather stop writing altogether, rather than risk offending anyone. This period was also the run up to Christmas, and was the peak of my struggles with anxiety. In the car one afternoon, driving my daughter home after school, I started crying. I apologised to her, and tried to explain that I was just very tired and stressed. I remember saying, ‘I’m so sorry darling, I’m not as good as Daddy at keeping control of my emotions.’ She stopped me in my tracks and told me ‘you and daddy are both humans and both right just the way you are.’ Holy shit. She’s fucking nine. That made me cry more, but it also gave permission to be myself and not beat myself up for finding these times hard.

I finally started writing book three again with the start of Act 2 on the 29th December. The floodgates opened. The only time I didn’t write for the next twenty-nine days, was when I was finalising book two or planning the structure of the second half of book three. In addition, I was encouraged by another writer, Anita Faulkener to submit Highland Games to an agent. I hadn’t really thought about ever approaching an agent, figuring that it would involve months of waiting for a rejection letter, but Anita is endlessly optimistic and so I thought ‘fuck it, I’ll give it a go.’

The agent wanted the first chapter (easy), and a one page synopsis (difficult). I wrote one, which I am confident fits onto one page, as long as the type size is 0.6 and the paper A1. They then wanted to know my writing journey up to this point (it’s quicker to walk to Mars and back), and my ambitions as a writer – ‘mUahahaha! One meeeelion dollars!’

I sent it all off on the 20th of Jan and nearly shat myself with shock when a reply came back the next day to say they had ‘thoroughly enjoyed reading’ chapter one and were going to bring my submission forward to their acquisitions meeting that Thursday. I immediately went online and purchased some adult nappies, just in case, and tried to forget about it. My forward planning was vindicated, and my pants were saved, when an email came through Thursday afternoon requesting my full manuscript. Who knows what will come of it, but it was another wonderful thing to happen this January.

So there we (partly) have it. I’m writing this on the 29th and the sun is shining. I’ve got a zoom call with a lovely author in New York this afternoon which I’m looking forward to, and I’m already thinking about starting book four. If you have any questions then please drop me an email or get in touch via social media.

I’m going to leave you with this from yesterday. A dear friend of mine is an Irish shepherd and goddess, who has had a really tough time of it this past year. She was asking how my book was going and I sent her the current draft for a sneaky peek. The below is what I got back from her last night. Her voice message was mainly the sound of her laughing, and it just made my day!

I hope all is well in your world and keep in touch,

What Evie has read recently

Behind the Scenes in Evie Land - February 2021 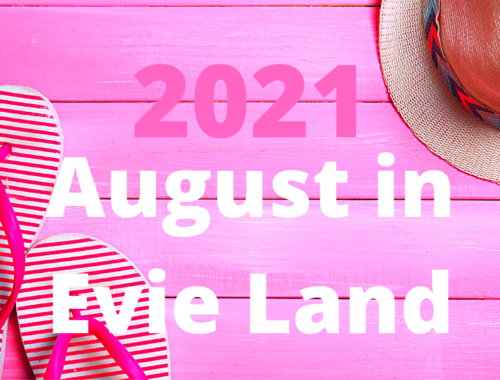 Behind the Scenes in Evie Land – August 2021