Roll up, roll up! It’s the most romantic month of the year. The time when we gaze into the eyes of our loved ones and utter those magical words… ‘When the fuck is lockdown going to end? Because, I tell you this. If it doesn’t stop soon, then one of us is going to end up under the patio…’

Two couples in my world are now divorcing, and many more are on the rocks. It’s not being in each other’s pockets twenty-four-seven per se which has been the death knell, it’s also the stresses of work (or lack of it), homeschooling, never seeing our friends and family, and not being with our loved ones when they die. It’s hard enough for couples, but my heart bleeds for those single folk, denied the chance to go out, have fun, meet someone special, or simply bump uglies with a stranger for the night. I count myself as one of the lucky ones. I have a saint of a husband, and a relationship that has pootled along without upset, thanks in part, to spending as little time as possible in each other’s company.

Despite my heart and head being full of romance, Valentine’s Day is a day I abhor with the same passion as New Year’s Eve. The idea that on this day I have to make an effort to be lovey-dovey, or have sex appals me. Does that mean the rest of the year I can kick back and not give a shit? The romance side of Valentine’s Day is rather ruined in our house anyway by the fact our daughter insists it’s all about her, because ‘Daddy always buys me a present’. Really? This was news to both him and me, however she is insisting, because otherwise it ‘isn’t fair’ and she’ll be ‘left out’… Left out of what exactly? I only remembered two days before, and the online personalised card service I use was only accepting orders via their bastard app. So, short of getting out the colouring pens and demonstrating my lack of artistic ability, I had to buy the husband a card from the local post office. That’s only a small step up from buying one from a garage. #winningatlife

So, short of getting out the colouring pens and demonstrating my lack of artistic ability, I had to buy the husband a Valentine's Day card from the local post office. That’s only a small step up from buying one from a garage.… Click To Tweet

So that’s my whinge out of the way, and now onto other, more positive news! I started the month having just finished the first draft of book three. I moved onto writing blogs in the first week of Feb, but dropped them to go back to book two, when my lovely editor sent back her first round of edits. My first job was to cut down the overused words… Ugh. It would appear that I like the words ‘hand’, ‘body’, ‘smile/d’, ‘face/d’, ‘laugh/ed’, ‘grin/ned’, ‘eyes’, ‘gasp/ed’, ‘flush/ed’, and ‘breath/e/d’ far far far far too much. There were three-hundred-and-sixty-five ‘hands’ for fuck’s sake. This was monumentally tedious to deal with and took an age.

Come the sixth of Feb I couldn’t face any more, and decided that my next editing strategy was to read the entire book out loud. This is an amazing way to catch mistakes, but boy oh boy it takes time. The way I got around this was talking out loud extremely quickly, like an auctioneer on amphetamines. At one point my husband told me he was recording me muttering away ‘so I have a watertight case for when I have you committed’.

Once I’d done the above, I went back to book three and decided that I would do the same thing, but read a little slower. Now, here’s the thing… When I finished the first draft of book three (still haven’t yet decided on a title), I thought it was fucking awesome. But first drafts are never that good, so I started reading it again with trepidation. Yes, there were too many unnecessary dialogue tags and overused words – ‘hand’ anyone? However I still thought it was really fucking good. I laughed out loud, I cried three times, and I jiggled about in my chair with unrepressed excitement at least once a chapter. There was also a moment in act two which I had totally forgotten about, and when I got to it, I actually said ‘oh no!’ out loud… Maybe my chronic insomnia is getting to me, but I got to the end and thought – ‘I still think this is fucking awesome’.

So I sent it off to my editor, and my wonderful author friend, Margaret Amatt, for their thoughts…

Margaret was the first back and OMFG she loved it!

I’m through the part I read before and started Valentina’s section. The book is awesome!!! I love all the hints you’ve dropped that all is not as it seems in her world… The broken backpack, the thrift stores… etc. It’s a great hook, now I’m super curious! It’s just fab! All of it 😃 Charlie is great. The tough guy with the soft centre! I love him 💗

Half way through this feast of awesomeness!! Can’t fault it! 😃 All the feels! Lots of humour 👌 Fab work 😊

Yay!! Finished!! It’s awesome!! Loved it from start to finish 😊 Fab storyline and everything fell perfectly into place! it was utterly damned amazing and I’m thrilled to have been so entertained!! You’re a very talented writer!! 👌😃

I was so over the moon that I hadn’t been deluded about the quality of what I’d written, that I left the house at six in the morning when it was minus four degrees outside, and drove to a local river. In the darkness, I took off all my clothes, got in naked, and ‘sang’ with joy. To be honest it was more of a wail, as I was stabbed with knives of ice, but hey-ho, it felt like a good thing to do at the time.

Valentine’s Day came, and I got the below card from my husband along with a knife… Inside the card, he took the piss out of me, copying what happens when I’ve had half a glass of wine. I’m such a lightweight, it only takes a sniff of alcohol for me to be slurring ‘I love you’ at my husband and daughter. Then, when they pointedly ignore me, I start drunk-calling my friends, recording messages saying how much I ‘lub dem’.

To be fair, the knife is an incredibly thoughtful gift. It’s for shucking oysters (I’m a bad ass mother-shucker), and I eat them almost daily for the zinc. My shucking knife is on its last legs – my husband calls it a ‘tetanus shot waiting to happen’, but I don’t like throwing things away unless they have literally fallen apart or caused major injury. So I’m chuffed to bits with my Valentine’s gift. I gave him in return… a card from the post office which I’m too embarrassed about to show here.

Valentine’s weekend I was planning on working (as usual), going through overused words in Highland Games – I wrote ‘hand’ 395 times FFS. However, working seven days a week with so little sleep finally caught up with me, so I spent the weekend in bed with three fabulous books. The Alice Equation by Davina Stone and Hot Mess by Lucy Vine, were AMAZING and I’m going to be reviewing them in one of my future book blogs. I also beta read an awesome book by Kathy Strobos. To have a little holiday courtesy of some great books was just what I needed.

The day after Valentine’s I had a call with my editor to discuss book three… She loved it! So, further confirmation I’m not losing the plot. She had very minor comments to make, and said it was ‘absolutely brilliant’ from start to finish. I can’t wait to get Highland and Hollywood Games out so I can then share this book with you!

The second half of February contained half term… There were so many great options to entertain an only child during lockdown, we were spoilt for choice. SPOILT I tell you.

After that delight of a week, it was back to the overused words grindstone. As I finish this monthly update, I’m still fighting my way through. I keep my eye on the prize, however, and that is the knowledge that my books will sing once I’ve done this, and choirs of angels will accompany every reading once my editor has finally finished with them.

Then, to top off a busy month, I had a hilarious zoom call with the author Kelly Kay, wrote a blog for my editor’s website, all about beta readers, found a Sikie chicken keeping warm in front of an ancient stove, and dragged my daughter out of bed early one morning to watch the sun rise.

Here’s to a brighter month in March and big love to you and yours. Keep in touch and stay sane…

Behind the Scenes in Evie Land - January 2021 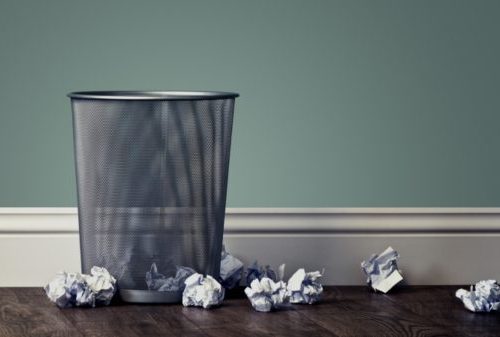 On confidence in writing